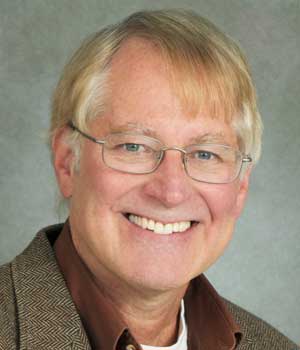 
"For independent contributions to a new view of protein folding, from the introduction and exploration of simple models, to detailed confrontations between theory and experiment."


Ken Dill is the Louis and Beatrice Laufer Professor of Physics and Chemistry at Stony Brook University and director of the Laufer Center for Physical and Quantitative Biology. Prior to this, he was on the faculty at the University of California, San Francisco, for 25 years. He completed his S.B. and S.M. in mechanical engineering from MIT in 1971, his Ph.D. in biology with B.H. Zimm at the University of California, San Diego in 1978, and did postdoctoral research with P.J. Flory at Stanford University. His research is at the intersection of statistical physics with structural and cell biophysics. He has worked on the physics of protein folding, including the role of the hydrophobic effect in the folding code, and the understanding of their funnel-shaped energy landscapes. Dill has also elucidated the structures and properties of water, and has contributed to the foundations of nonequilibrium statistical physics, through an entropy-like principle called Maximum Caliber. He is a past president of the Biophysical Society, a recipient of the Hans Neurath Award from the Protein Society, and is a member of the National Academy of Sciences and the American Academy of Arts and Sciences.