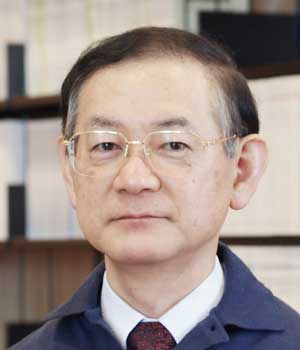 Ken'ichi Nomoto
The University of Tokyo, Kavli Institute of Physics and Mathematics


"For lasting contributions to our understanding of the nuclear astrophysics of the universe, including stellar evolution, the synthesis of new elements, the theory of core-collapse and thermonuclear supernovae, and gamma-ray bursts."


Ken'ichi (Ken) Nomoto is the Hamamatsu Professor in the endowed research unit, Dark Side of the Universe, at the University of Tokyo. Professor Nomoto received his B.S. in 1969 and Ph.D. in 1974, both in astronomy, from the University of Tokyo. He became an assistant professor at Ibaraki University in 1976 and in 1982, at the University of Tokyo, where he went on to become a full professor in 1993. He was an National Research Council/NASA Research Associate at NASA Goddard Space Flight Institute, and a visiting researcher at various institutes including the Max Planck Institute, the University of Illinois, Brookhaven National Laboratory, and the University of Amsterdam. He has also been a Kavli Institute for Theoretical Physics Simons Distinguished Visiting Scholar.  He is a member of the Astronomical Society of Japan, the American Astronomical Society, and the International Astronomical Union. Prof. Nomoto, with his colleagues, has conducted theoretical work on the final stages of stellar evolution of both single and binary stars, and hydrodynamics of supernova explosions of both core-collapse and thermonuclear explosions and associated explosive nucleosynthesis. He has shown that 8-10 Msun stars become either ONeMg white dwarfs or core-collapse supernovae that are induced by electron capture. He has shown that type Ia supernovae can be initiated as a deflagration in massive white dwarfs. He obtained nucleosynthesis yields of these supernovae and provided them to chemical evolution modeling, and explained the origin of peculiar abundance patterns in extremely metal-poor stars.  He has shown that supernovae associated with gamma-ray bursts are almost 10 times more energetic than ordinary supernovae called as hypernovae. His publications have earned him an H-index of 103. Prof. Nomoto is the recipient of the 1989 Nishina Memorial Prize, the 1995 Japan Academy Prize, a 2010 medal from Institut d'Astrophysique de Paris, and the 2015 Marcel Grossmann Award.