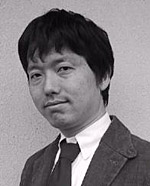 
"For insightful experiments that probe the nature of polymer networks."

His main interest focuses on the stimuli-response relationships of polymer networks and gels. He has done researches on the multi-axial stress-strain behavior and viscoelasticity of topology-controlled polymer networks, the responses of liquid crystalline gels against temperature and electric-field, and thermodynamics and kinetics for swelling of gels under mechanical forces.