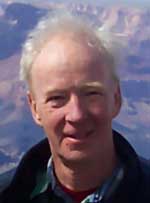 
"For the development of time-dependent methods and models that have advanced our understanding of strong field ionization processes in rapidly ionizing gases."


Kenneth Kulander received his B.S. in Mathematics from Cornell College in 1965 and his Ph.D. in Physical Chemistry from the University of Minnesota in 1972. A postdoctoral position at Minnesota from 1972-1975 was followed by an appointment as a Senior Research Associate in the Theoretical Physics group at the Daresbury Laboratory in England from 1975-1978. In 1978 Kulander moved to the Lawrence Livermore National Laboratory, joining the Theoretical Atomic and Molecular Group. He became the leader of that group in 1986, and remained so until his retirement in 2001. He spent a sabbatical year (1982-1983) at the Max Planck Institute for Quantum Optics in Garshing, Germany and was a Visiting Fellow at JILA at the University of Colorado (1995-1996).

Kulanders research has focused on developing and exploiting methods to study the time-dependent quantum dynamics of atoms and molecules either during collision processes or when subjected to ultra-short, intense laser pulses. Among the processes studied have been electron-atom and ion-atom collisions, molecular photodissociation, collision induced dissociation, and dissociative recombination. Recently Kulander has pursued a variety of strong field, multiphoton processes in atoms and molecules.

Kulander has been a member of the Institute of Physics, the American Chemical Society and the Optical Society of America and a fellow of the American Physical Society. He was Chairman of the APS Few Body Topical Group in 1996 and of the Optical Physics Technical Group of the OSA in 1998. He served as an Associate Editor for Physical Review Letters from 1996 to 2002. Kulander has published over 100 journal articles and (co-)edited three books in these fields.