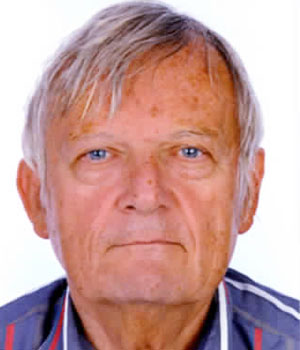 
"For outstanding contributions to statistical physics of polymers, in particular phase transitions and critical phenomena, and for demonstrating the role of polymers as key systems to study central concepts of modern condensed matter physics."

Kurt Binder was born on February 10, 1944, in Korneuburg/Austria and then lived in Vienna, where he received his Ph.D. in 1969 from the Technical University of Vienna. From 1969 until 1974 he held a postdoctoral appointment at the Technical University of Munich/Germany, where he defended his Habilitation thesis in 1973, after a stay in Zurich (Switzerland) as an IBM Zurich postdoctoral fellow 1972/1973. After another postdoctoral stay at Bell Laboratories (Murray Hill, N.J.) he was appointed as Professor of Theoretical Physics at the University of Saarbruecken/Germany. In 1977 he accepted a joint appointment as Full Professor at the University of Cologne and one of the directors of the Institute for Solid State Research at the Research Center Juelich(Germany). Since 1983 he held a position as Full Professor of Theoretical Physics at the Johannes Gutenberg University at Mainz (Germany) until his retirement in 2012. Since 1989 he also held an appointment as an External Member of the Max Planck Institute for Polymer Research at Mainz. He has published more than 1000 research articles and edited or co-authored several books. He received several awards, such as the Max Planck Medal of the German Physical Society (1993), the Berni Alder CECAM Prize (2001) of the European Physical Society, the Boltzmann Medal of the International Union for Pure and Applied PHysics ( 2007), and the Lennard-Jones Prize of the Royal Society of Chemistry (London,UK) in 2009.