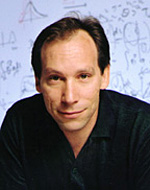 
"For outstanding contributions to the understanding of the early universe, and extraordinary achievement in communicating the essence of physical science to the general public."


Lawrence M. Krauss is Ambrose Swasey Professor of Physics, Professor of Astronomy, and Chair of the Physics Department at Case Western Reserve University. His research has focused primarily on the interface between elementary particle physics and cosmology, where his studies include the early universe, dark matter, general relativity and quantum gravity, stellar evolution, and neutrino astrophysics. Previous awards for his research include the Gravity Research Foundation First Prize Award (1984), and the Presidential Investigator Award (1986). He is also a Fellow of the American Physical Society. He received his B.Sc. in Mathematics and Physics from Carleton University in Ottawa, his Ph.D. in Physics from the Massachusetts Institute of Technology in 1982 then joined the Harvard Society of Fellows. In 1985 he joined the faculty of Physics at Yale University, and moved to take his current appointment in 1993. Prof. Krauss is the author of 6 books, over 180 scientific publications, numerous popular articles, and appears frequently on radio and television discussing issues related to physics, science, and society. He was named a Sigma-Xi National Lecturer in 1990 and an American Physical Society Centennial Lecturer in 1998, and has been named to over a dozen university lectureships including the Nesbitt Lectureship at Carleton University, the Glover Lectureship at Dickenson College, the Chesley Lectureship at Carleton College. The Hendrik de Waard Lecture at the University of Groningen, and the O'Leary Distinguished Scientist Lectureship at Gonzaga University. In February 2000 Prof. Krauss was awarded the American Association for the Advancement of Science's 1999- 2000 Award for the Public Understanding of Science and Technology, joining previous awardees Carl Sagan (1995) and E.O. Wilson (1994).