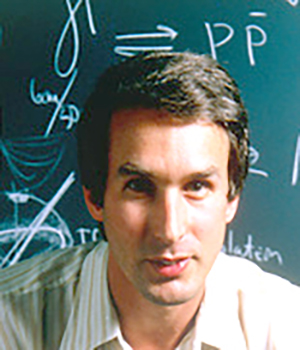 
"for novel contributions to detection techniques, including pioneering developments for massive water Cherenkov detectors that led to major advances in nucleon decay and neutrino oscillation physics."


Lawrence Sulak earned a his B.S. in 1966, studying under Lincoln Wolfenstein at Carnegie Mellon. He moved to Princeton, working with Val Fitch on CP violation, to earn his Ph.D. in 1970. While building the first two large (100 T), totally absorptive, calorimeters at FNAL and at BNL, Sulak and collaborators from Harvard, the University of Pennsylvania, and the University of Wisconsin observed weak neutral currents, contemporaneously with CERN. In 1975, Sulak focused on v-nucleon scattering, evidence for the unified electroweak force. To search for proton decay, supernova neutrino’s, and neutrino oscillations, in 1978, Sulak and his Harvard students proposed the first massive (10,000 T) water Cherenkov tracker-calorimeter. Together with colleagues from Michigan, and the University of California, Irvine, Sulak et al realized that detector; in 1983 they observed an anomalously low number of atmospheric νμ’s. In 1987, concurrently with the Kamiokande Observatory, the Irvine–Michigan–Brookhaven (IMB) detector recorded a neutrino outburst from a gravitational collapse, verifying the model of supernova implosion. IMB and the Japanese united to build a second generation detector, the Super-K. The group verified that both atmospheric and accelerator neutrino’s oscillate, proving that neutrino’s have mass, the first indication of physics beyond the Standard Model. Applying Cherenkov technology to quartz fibers, Sulak spearheaded the development of the CMS Forward Calorimeter, contributing to the discovery of the Higgs boson. Sulak is the recipient of an American Physical Society fellowship, American Astronomy Society, a Rossi Prize, a Marseille Research Prize, an Asahi Prize, a Guggenheim Fellowship, and the APS Instrumentation Award.