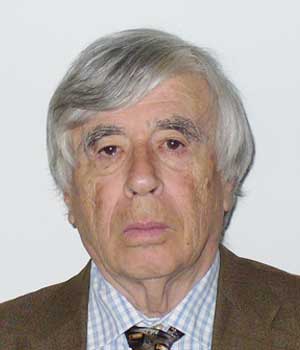 "For originating the Gross-Pitaevskii theory of non-uniform Bose-Einstein condensates and subsequent extensive contributions to the theory of quantum fluids, especially as applied to ultracold atomic gases."


Lev P. Pitaevskii was born 01/18/1933 in Saratov, USSR. He graduated from the Saratov State University in 1955. Being a student he passed Landau "theor-minimum" exams and entered Ph.D. program in the Institute for Physical Problems Academy of Sciences of USSR, headed by P. Kapitza (IPP). He earned his Ph.D. there in 1958. He worked in IPP and obtained important results on superfluidity of liquid Helium, plasma theory, van der Waals forces and BEC. He was elected a Corresponding Member of the Academy of Sciences of USSR in 1976 and Full Member in 1990. After decay of the Soviet Union he worked in the TECNION (Israel) and in the University of Trento (Italy) mainly in collaboration with S. Stringari. He is a Honorary Doctor of the TECHNION and T&M University (USA). He was awarded A. von Humboldt, E. Feenberg, E. Fermi and L. Landau Awards.