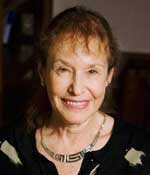 
"For her leadership and contributions to writing the history of twentieth-century physics, her pioneering studies of American research laboratories -particularly Bell Labs, Los Alamos and Fermilab- and her perceptive scientific biography of John Bardeen."


Lillian Hoddeson, Professor of History Emeritus and the Thomas Siebel Chair in the History of Science at the University of Illinois, began her career in physics (AB, Barnard, 1961; PhD, Columbia, 1965).  After a decade of teaching at Barnard and Rutgers, she retrained in the history of science at Princeton and embarked on a study of the beginnings of solid-state physics culminating in Out of the Crystal Maze, the first comprehensive history of solid-state physics, a co-edited product of the International Project on the History of Solid-State Physics, which she helped to establish. Meanwhile, examining the evolution of  “big science,” she co-edited three volumes on the rise of particle physics and coauthored: Critical Assembly, the first technical history of the atomic bomb; Crystal Fire, a history of the transistor; True Genius, a biography of John Bardeen; and Fermilab: Physics, the Frontier, and Megascience.  She is presently completing a co-authored history of the Superconducting Super Collider, a monograph on oral history and human memory, and a book about the inventor Stanford Ovshinsky.