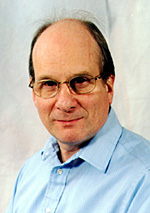 
"For establishing the field of semiconductor nanocrystals through innovative synthesis, spectroscopy and theory."


Lou Brus has an undergraduate degree from Rice University and a Ph.D. from Columbia University, both in Chemical Physics. His 1969 Ph.D. thesis concerned gas phase photodissociation with Prof. Richard Bersohn. As a Lieutenant in the U.S. Navy, he worked in the solid state and chemistry divisions of the Naval Research Laboratory (1969-1973). During this period he worked on gas phase chemical lasers, chemisorptive luminescence, and irreversible radiationless transitions. In 1973 he joined the chemistry and materials research area of Bell Laboratories in Murray Hill, NJ. In Bell Labs he worked at first in the internal dynamics of small molecules in rare gas solids (1973- 1080), and a pump-probe transient Raman studies of short lived chemical intermediates (1980-1987). After 1987 he increasingly focused on nanocrystals made by chemical synthesis and novel materials incorporating nanocrytals. Chemically synthesized nanocrystal quantum dots are now widely employed as components of nanostructered materials and quantum devices, and as luminescent tags in cellular biology. His work on spectroscopy and theory of nanocrytal quantum dots helped define the size dependent evolution of molecular wave functions into solid state wave functions. He joined the Columbia faculty as a Professor of Chemistry in 1996. In 1998 he was Chairman of the Board of Trustees of the Gordon Research Conferences. He is a fellow of the American Academy of Arts and Sciences, and the American Physical Society. He serves on the Editorial Board of the Journal of the American Chemical Society in the period 1990- 1996.