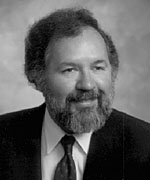 
"For sustained impact in diverse areas including superconductivity, magnetism, high-pressure physics, and surface science. Not only has he developed many novel materials, but he is also highly respected as a teacher."


M. Brian Maple is the Bernd T. Matthias Professor of Physics at the University of California, San Diego (UCSD). He received an A.B. (mathematics) and a B.S. (physics) in 1963 from San Diego State University, and a Ph.D. degree (physics) in 1969 from UCSD. His research interests include superconductivity, magnetism, valence fluctuation and heavy fermion phenomena, high pressure physics, and surface science. Professor Maple is a Fellow of The American Physical Society (APS), served as the chairman of its Division of Condensed Mater Physics in 1987, and presided over the celebrated high Tc superconductivity session (the "Woodstock of Physics") at the 1987 APS March meeting. He has chaired or co-chaired eight international conferences and has served on Advisory Committees for five national laboratories and two IUPAP Commissions. He has been a member of panels and committees for DOE, NSF, and numerous universities.

Prof. Maple received an Excellence in Teaching Award from ICSD in 1983 and a John Simon Guggenheim Memorial Foundation Fellowship in 1984. He was named Distinguished Alumnus of the Year in 1987 at UCSD and in 1988 at San Diego State University (College of Sciences). During 1993, he was the Bernd T. Matthias Scholar in the Center for Materials Science at Los Alamos National Laboratory.