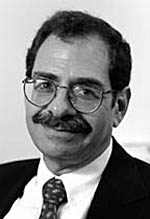 Dr. Kastner's early research on amorphous semiconductors led to the valence-alternation model for localized defect states. He currently studies semiconductor nanostructures and the magnetic and electronic properties of high temperature superconductors and their semiconductor precursors. Using nanostructures, with colleagues at IBM, the Weizmann Institute and MIT, he has shown that a droplet of electrons confined in a small region behaves like an artificial atom, in that both the charge and energy are quantized. A transistor containing such a droplet turns on and off every time an electron is added and is therefore called a single electron transistor (SET). The interaction of the droplet with metallic leads in an SET is analogous to that of an impurity atom with a metal. When the number of electrons on the droplet is odd, the SET displays the Kondo effect, characteristic of magnetic impurities in metals.

Dr. Kastner is a Fellow of both the APS and the AAAS. In 1995 he received the APS David Adler Lectureship Award.