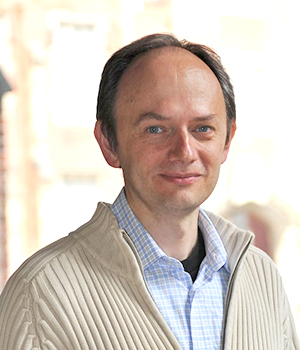 
After initial studies in Italy, leading to a laurea in physics from Pisa University in 1992, and a postgraduate certificate in optical technologies from Associazione Istituzione Libera Università,in Nuoro in 1993, Marco Borghesi ultimately obtained his Ph.D. in 1998 from the Blackett Laboratory at Imperial College in London, under the supervision of Prof. Oswald Willi. After a brief postdoctoral period at Imperial College, he became a lecturer in the School of Mathematics and Physics at Queen’s University in Belfast in 1999. He was promoted to a reader in 2005 and became a professor in 2008. Professor Borghesi held the Mitsuyuki Abe Chair at the Japan Atomic Energy Agency, from 2008 to 2011, and held other visiting positions with the ELI Beamlines Institute and the Institute of Physics of the Czech Republic from 2012 and 2015. His extensive publication record -- more than 275 refereed publications -- includes 42 papers in Physical Review Letters (PRL), two in Science, four in Nature Physics/Communications, and an invited review in the Journal of Modern Physics. Professor Borghesi’s research interests lay in the area of intense laser-plasma interactions, with particular expertise in laser-driven acceleration of ion beams. He has served as principal investigator in projects such as LIBRA 2007-12 and since 2013, A-SAIL, aimed at advancing laser-ion acceleration towards future medical applications. He has contributed to the development of innovative ion acceleration schemes, and pioneered the application of laser-driven proton beams to plasma radiography as well as to high-dose rate radiobiology. Professor Borghesi is a fellow of the Institute of Physics.