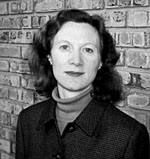 
"For her pioneering work in experimental ultrafast optical physics, including the development of sophisticated ultrafast techniques in both x-ray and visible regions of the spectrum. Her work has opened up the new field of high density, high temperature plasmas created by ultrashort laser pulses."


Dr. Murnane received her BS and MS degrees at University College in Cork, Ireland, and her Ph.D at the University of California at Berkeley. At UCB she worked with her advisor, Prof. Roger Falcone, on generating ultrafast x-ray pulses from high-density laser-produced plasmas. She remained at Berkeley for a one year postdoctoral program and joined the faculty at Washington State University in 1990. In 1996 she and her husband, Professor Henry Kapteyn, joined the faculty of the University of Michigan and the NSF Center for Ultrafast Optical Science.

Dr. Murnane's work has been part of a revolution in ultrafast phenomena - visible and x-ray pulses as short as 3 optical cycles in duration which can now be simply and reliably generated, and powerful new techniques that can obtain accurate information on the exact shape of ultrashort pulses which are revolutionizing the way we think about and use light to manipulate matter. Together with her husband and a dedicated team of students, she is developing the next generation of intense lasers, for efficient x-ray generation, laser-based particle acceleration, and to explore previously inaccessible extreme states of matter.

Dr. Murnane has received the APS Simon Ramo Award, an Alfred P. Sloan Foundation Fellowship, and an NSF Presidential Faculty Fellowship. She is a member of the APS, the Optical Society of America, the IEEE and the Association for Women in Science.