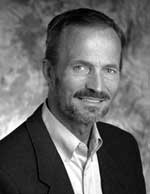 
"For his leadership and research in high-density magnetic and magneto-optic data and storage."


Mark H. Kryder is Chief Technical Officer and Senior Vice President, Research at Seagate Technology and University Professor of Electrical and Computer Engineering, Carnegie Mellon University. He has over 35 years of experience working in the field of magnetic memory and storage devices, having previously worked at Caltech, the University of Regensburg, IBM T.J. Watson Research Center and Carnegie Mellon University. Dr. Kryder received his BSEE degree from Stanford University in 1965 and his MSEE from the California Institute of Technology in 1966. He received his PhD in Electrical Engineering and Physics from Caltech in 1970. Dr. Kryder has over 350 publications and 23 patents in the field of magnetic memory and storage technoogy. He is a Fellow of the American Physical Society and of the IEEE. He has twice been selected as a Distinguished Lecturer for the IEEE Magnetics Society and is a member of the National Academy of Engineering. In 1995 he received the IEEE Magnetics Society Achievement Award. In 2000 he was awarded the IEEE Reynold B. Johnson Information Storage Award and the IEEE Third Millennium Medal.