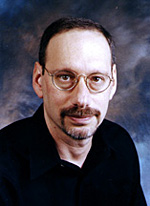 
Dr. Wise received his BSc from The University of Toronto in 1976 and his PhD from Stanford University in 1980. He was a Junior Fellow in the Harvard Society of Fellows from 1980 to 1983 after which he joined the faculty of the California Institute of Technology. In 1992 he was named the John A McCone Professor of High Energy Physics. He has held a Sloan Fellowship and is a member of the American Physical Society.

Dr. Wise's research interests include particle physics, nuclear physics and cosmology. He has written numerous scientific publications and coauthored a book entitled Heavy Quark Physics. Much of his research has focused on the nature and implications of the symmetries of the strong and weak interactions.