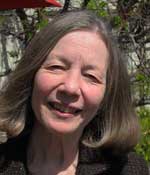 
"For path-breaking contributions to the history of physics, as well as for generous service to the profession."


Mary Jo Nye, Ph.D., is a historian of the physical sciences with a particular focus on modern physics and chemistry, including laboratory science and social and cultural history. Dr. Nye started her undergraduate studies in her hometown of Nashville, Tennessee, at Vanderbilt University before transferring to the University of Wisconsin–Madison, where she received her B.S. in chemistry in 1965 and her Ph.D. in the history of science in 1970. She was a National Science Foundation Postdoctoral Fellow at the University of Oklahoma (Norman), where she stayed and ultimately became GL Cross Research Professor in the History of Science in 1991. Dr. Nye was appointed Horning Professor of the Humanities and Professor of History at Oregon State University (Corvallis) in 1994, becoming Professor Emerita in 2008. Her visiting appointments have included with the Institute for Advanced Study in Princeton, New Jersey, Churchill College at the University of Cambridge (U.K.), and The Max Planck Institute for the History of Science in Berlin, Germany. Professor Nye received the History of Science Society’s 2006 Sarton Medal and other awards from the American Chemical Society, the Society for the History of Alchemy and Chemistry, and the Chemical Heritage Foundation. She is a fellow of the American Academy of Arts and Sciences and the American Association for the Advancement of Science. Her research publications include over eighty articles, six authored books, and four edited volumes. Dr. Nye is the editor of The Cambridge History of Science series (2003).