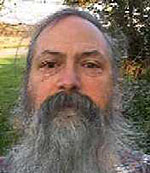 
"For first demonstrating that properties of QCD could be computed numerically on the lattice through Monte Carlo methods, and for numerous contributions to the field thereafter."


Dr. Michael J. Creutz received his BS degree in physics from Caltech in 1966 and his Ph.D. in physics from Stanford University in 1970. He worked as a Fellow of the Center for Theoretical Physics at the University of Maryland in 1970 and joined the staff at Brookhaven National Laboratory in 1972 where he is currently employed. His present field of research includes theoretical particle physics, numerical simulations of quantum field theory, and computational physics.

Dr. Creutz serves on the editorial board of several technical publications including Computing in Science and Engineering, International Journal of High Speed Computing, and the International Journal of Modern Physics C. He has served on the Executive Board of the Division of Computation Physics, including Chair of the Division in 1994 - 1995. He also was member of the APS Division of Particles and Fields Executive Committee from 1986 - 1988. He is a Fellow of the APS and has received the Brookhaven Research and Development Award as well as the Andrew Sobczyk Memorial lectureship from Clemson University in 1997.