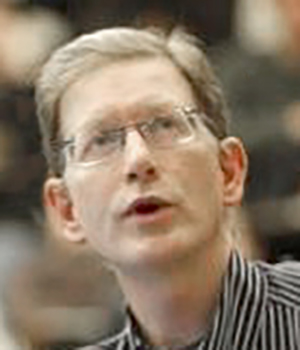 
"for the systematic development, dissemination, and evaluation of the physics education tool, PhET Interactive Simulations project, used world-wide by millions of students and their teachers."


Michael Dubson is a teaching professor in physics at the University of Colorado at Boulder, where he is the associate chair for undergraduate studies and a member of the Physics Education Research group. He has a B.S. in physics from the University of Illinois at Champaign-Urbana (1978) and a Ph.D. in condensed matter experiment from Cornell University (1984). He began his career as a condensed matter experimentalist at Michigan State University. In 1995, he switched fields and joined the faculty at Colorado, where he works on undergraduate curriculum development and interactive instruction. He has won several teaching awards, including the 2006 American Association of Physics Teachers Education Award. He has worked as a software designer for PhET since its founding.