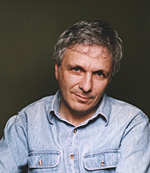 
"For his pioneering work in the development of superstring theory."

Research: My early research was in elementary particle theory with special emphasis on string theory applied to the strong interactions. Between 1979 and 1984 John Schwarz and I developed superstring theory and elucidated its consistency as a perturbatively finite and anomaly free quantum theory of gravity. Subsequently I have been involved in unraveling the underlying geometrical structure of the theory by studying nonperturbative effects associated with stringy solitons and instantons.