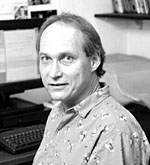 
"For his pioneering contributions to the field of particle-cosmology, particularly the exploration of non-baryonic dark matter, and for his ability to communicate the excitement of the field."


Dr. Michael Turner receive his BS degree in physics from the California Institute of Technology in 1971 and his Ph.D. in physics from Stanford University in 1978. He currently holds appointments at The University of Chicago as Professor of Physics and of Astronomy and Astrophysics. He also is a Staff Scientist at the Fermi National Accelerator Laboratory. His research concerns the earliest history of the Universe and the application of elementary particle theory to cosmology.

Dr. Turner has been honored with the Helen B. Warner Prize of the American Astronomical Society, the Quantrell Award for excellence in undergraduate teaching at The University of Chicago, and the Halley Lectureship at Oxford University. He is a Fellow of the APS, and of the American Academy of Arts and Sciences. He has served on the Executive Board of the APS and as chair of the APS Publications Oversight Committee, as President of the Aspen Center for Physics, and on the National Research Council's Committee on Astronomy and Astrophysics. His transparencies were featured in a one-man show at the CfPA Art Gallery.