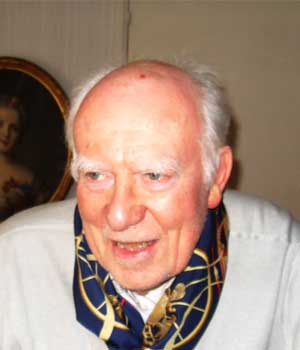 
Michel Gaudin entered  L’Ecole Polytechnique in 1951 and is a member of the prestigious Corps des Ingénieur des Ponts et Chaussées. He obtained his Ph.D. in 1967 at the Université de Paris. He has been working at the fundamental research division of the Commissariat de l’ Energie Atomique (CEA ) since 1956. He spent a year visiting C.N. Yang at Stony Brook in 1970. His work on random matrices inspired a great many other developments in theoretical physics and mathematics. In his Ph.D. thesis, he solved the system of spin one-half particles on a line in a delta function potential with periodic boundary conditions. He also introduced the so-called Gaudin determinant for the norm of the Bethe eigenstates which now plays a fundamental role in the computation of the correlation functions. In another essential work, following the method of C.N. Yang and C.P. Yang, Gaudin solved the thermodynamics of the Heisenberg-Ising ring simultaneously with Takahashi. Gaudin also diagonalized a class of quadratic Hamiltonians in spin variables, now referred to as the “the Gaudin model”.  He also considered various extensions, in particular, a system formed of a single oscillator coupled to a collection of independent two-level atoms which has become a classic in the cold atom and Bardeen-Cooper-Schrieffer (BCS) communities. Gaudin’s book “La fonction d'onde de Bethe” published in 1983 in French, was translated into Russian in 1987 and into English in 2013, and is considered a classic book in the field.