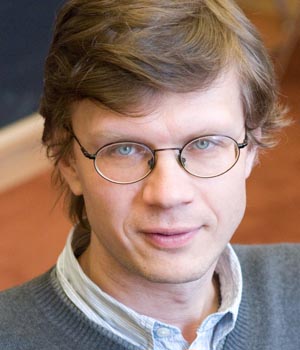 
"For contributions to quantum information science, sensing, and physics, including the development of Rydberg atom-based quantum simulators."


Mikhail Lukin received the Ph.D. degree from Texas A&M University in 1998. He has been a Professor of Physics at Harvard since 2004, where he is currently a co-Director of the Harvard Quantum Initiative in Science and Engineering and a co-Director of the Harvard-MIT Center for Ultracold Atoms. He is a fellow of the American Physical Society (APS), a fellow of the Optical Society of America (OSA), a fellow of the American Association for the Advancement of Science (AAAS) and a member of the National Academy of Sciences. His research is in the areas of quantum optics and quantum information science, aimed at controlling strongly interacting atomic, optical and solid-state systems, studying quantum dynamics of many-body systems and exploring novel applications in quantum information processing, simulations, quantum communication and metrology. He has co-authored over 400 technical papers. His awards include the Alfred P. Sloan Fellowship, David and Lucile Packard Fellowship for Science and Engineering, NSF Career Award, Adolph Lomb Medal of the OSA, AAAS Newcomb Cleveland Prize, APS I.I.Rabi Prize, Vannevar Bush Faculty Fellowship, Julius Springer Prize for Applied Physics, Willis E. Lamb Award for Laser Science and Quantum Optics and Charles Hard Towns Medal of the OSA.