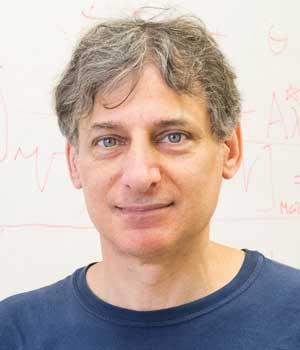 
"For exceptional leadership in fundamental physics research in South America."


Nathan Berkovits received his BA and MA in Physics from Harvard Univ. in 1983, and his PhD in Physics from the Univ. of California at Berkeley in 1988 under the supervision of Stanley Mandelstam. He moved to Brazil in 1994 and is a full professor at the Instituto de Física Teórica of São Paulo State University (IFT-UNESP). Since 2011, he has been Director of the ICTP South American Institute for Fundamental Research (ICTP-SAIFR) which is a regional center for theoretical physics and a partner institute of the Abdus Salam ICTP in Trieste. In addition to organizing workshops for researchers, ICTP-SAIFR organizes international schools and minicourses for PhD students as well as outreach programs for high-school teachers and students and the general public. Berkovits' research has focused on the role of supersymmetry in string theory, and the “pure spinor” formalism he developed is the unique formalism for the superstring which can be covariantly quantized. He received the 2009 TWAS Physics Prize for his research, and is a full member of The World Academy of Science (TWAS) and the Brazilian and São Paulo Academies of Science.