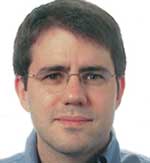 
Dr. Meezan received his B.S. in Mechanical Engineering from Stanford University in 1997. He remained at Stanford for his M.S. and Ph.D. in Mechanical Engineering, completing his dissertation on electron transport physics in plasma propulsion devices under the supervision of Mark Cappelli. He was supported by the National Defense Science and Engineering Graduate Fellowship and by the Stanford Graduate Fellowship. Since completing his Ph.D. in 2002, Dr. Meezan has been a target designer in the Inertial Confinement Fusion (ICF) program at Lawrence Livermore National Laboratory. He has been a group leader for ICF in the Secondary Design AX Division since 2010.

Dr. Meezan has worked on theory and computation for the National Ignition Facility (NIF) program, focusing on the physics of hohlraums and other laser-produced plasmas. He has designed, simulated, and analyzed laser-produced plasma physics experiments on laser facilities in the U.S. and abroad and was the responsible target designer for the 2009 NIF Hohlraum Energetics experiments. Recently, he has focused on experimental designs for studying ICF capsule hydrodynamics and ablation physics.