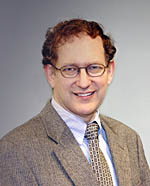 
"For theoretical development of efficient rf-driven current in plasmas and for greatly expanding our ability to understand, to analyze, and to utilize wave-plasma interactions."


Nathaniel J. Fisch is Professor of Astrophysical Sciences and Director of the Program in Plasma Physics at Princeton University. He also is an Associated Faculty in the Department of Mechanical and Aerospace Engineering and the Associate Director for Academic Affairs at the Princeton Plasma Physics Laboratory. He Studied Electrical Engineering and Computer Science at the Massachusetts Institute of Technology, where he was an MIT National Scholar, earning his B.S. degree in 1972, his M.S. degree in 1975, and his Ph.D. degree in 1978.