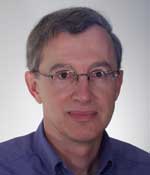 
"For innovative developments in the physics of field ion microscopy and the invention and commercial introduction of the Helium Ion Microscope."


Dr. Economou is president of PointSpectrum, a developer and manufacturer of advanced optical components for the solar panel, lighting and display industries.  He is the former president of Carl Zeiss SMT, Inc., the North American operation of Carl Zeiss SMT AG.  He was co-founder of the venture capital funded start-up ALIS Corporation, which developed the helium ion microscope and was acquired by Zeiss in July 2006.


Following a tour of duty in the USAF and the completion of his graduate studies, Dr. Economou began his professional career as a researcher at Bell Laboratories and MIT Lincoln Laboratory.  In 1984, he became involved in his first start-up company, Micrion Corporation, which was the first to develop commercial systems utilizing gallium focused ion beam technology.  Over the last 25 years, he has served as a senior executive with several successful technology ventures in the semiconductor and telecommunications industries.  He also serves as a director on the boards of a number of private and public technology companies.