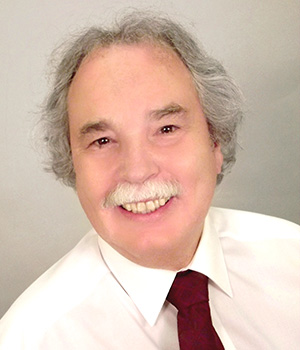 
Oswald Willi read physics at the University of Innsbruck between 1973 and 1977 and obtained a Master (1978) and a D.Phil. degree (1980) from the University of Oxford, where he stayed on through 1982 as a postdoctoral researcher at the Clarendon Laboratory. From 1982 until 1984, he was postdoctoral fellow at the Los Alamos National Laboratory. In 1984 he became a lecturer and a reader at the Imperial College of London before he was elevated in 1993 to a professor in Plasma Physics. Dr. Willi headed one of the major user groups of the Central Laser Facility (CLF) at the Rutherford Appleton Laboratory, where he performed measurements in the area of inertial confinement fusion. In 2001, Dr. Willi moved to the University Düsseldorf to set up a new laboratory in high intensity femtosecond laser-plasma interactions, including the acceleration of particles and the generation of intense photon sources for various applications. Under his leadership the ARCTURUS Laser System (two laser beams with a power of 200TW in each beam) has been established. Dr. Willi has been the coordinator of two important German research programs: the  SFB/TR18 and GRK1203.