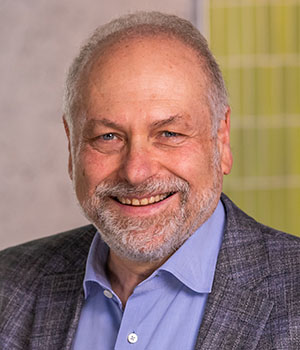 
"For seminal contributions to the science of supercooled liquids and glasses, water, and aqueous solutions, through ground-breaking simulations."


Pablo G. Debenedetti is the Class of 1950 Professor in Engineering and Applied Science and Dean for Research at Princeton University. He received a BS from the University of Buenos Aires (1978), and MS (1981) and PhD (1985) degrees from MIT, all in chemical engineering. His interests include supercooled water, glasses, protein thermodynamics, nucleation, metastability, the origin of biological homochirality, and hydrophobicity. His most important results, obtained with students and collaborators, include providing rigorous computational proof of the existence of a liquid-liquid transition in several water models; demonstrating the relationship between structural order and water’s anomalies; demonstrating the connection between the dynamics of glass-forming liquids and their energy landscape; performing the first calculation via molecular simulation of the rate of ice nucleation; and simulating ice nucleation with quantum accuracy at speeds far exceeding those attainable by ab-initio methods. His awards include a Guggenheim Fellowship, the Professional Progress, Walker, Institute Lecture and Alpha Chi Sigma Awards from the AIChE, the Prausnitz Award in Applied Chemical Thermodynamics, the ACS Hildebrand Award, and the IChemE’s Guggenheim Medal. He is a member of the National Academy of Engineering, the American Academy of Arts and Sciences, and the National Academy of Sciences, and a fellow of the AAAS, the AIChE and APS.