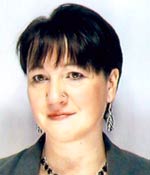 
Patricia Lewis is the Deputy Director and Scientist-in-Residence of the James Martin Center for Nonproliferation Studies at the Monterey Institute of International Studies. Prior to this appointment, she was the Director of the United Nations Institute for Disarmament Research (UNIDIR). From 1989 to 1997, she was the Director of the Verification Technology and Information Centre (VERTIC) in London. She holds her BSc(Hons) in physics from the University of Manchester (1978) and her PhD in nuclear physics from the University of Birmingham (1981). Before her work at UNIDIR in Geneva, she has worked in India, New Zealand, Australia and the United Kingdom. She is a dual national of the United Kingdom and the Republic of Ireland.

Dr. Lewis was a Commissioner on the 2004-2006 Weapons of Mass Destruction Commission, chaired by Dr. Hans Blix. In 199899, she served as a Member of the Tokyo Forum for Nuclear Nonproliferation and Nuclear Disarmament, having previously served as an external reviewer for the Canberra Commission. Currently Dr Lewis is an Advisor to the International Commission on Nuclear Non-proliferation and Disarmament (ICNND). She was appointed UK Governmental Expert to the 1990 UN Study on the Role of the UN in Verification and appointed consultant on conventional forces verification to the UK Foreign and Commonwealth Office 1989-90. She was the Elizabeth Poppleton Fellow at the Australian National University in 1992 and a visiting lecturer at Imperial College London 1991-92. She is a member of the International Institute for Strategic Studies, Scientists for Global Responsibility, Women in International Security and is a fellow of the British-American Project. Dr. Lewis sits on the Advisory Boards of the Bonn International Conversion Center (BICC) and PIR (Center for Policy Studies), Moscow.