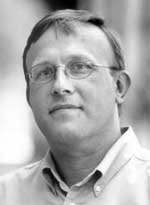 
"For establishing a center for scientific study of arms control, for landmark analyses, and for courage in supporting open discussion of international security in Russia."


Pavel Podvig is a researcher at the Center for International Security and Cooperation at Stanford University. Before coming to Stanford in 2004, he worked at the Center for Arms Control Studies at the Moscow Institute of Physics and Technology (MIPT). Podvig graduated from MIPT with a degree in physics in 1988 and in 1990 he was one of the young-generation scientists who helped Anatoli Diyakov to establish the Center for Arms Control Studies as the first independent research organization in Russia dedicated to analysis of technical issues related to arms control and disarmament. Podvigs work at the Center included research on technical and political aspects of missile defense, early-warning, command and control, and U.S.-Russian arms control process. He had an opportunity to work with the leading technical groups in the United States at MIT and Princeton University. At the Moscow Center, Podvig was the leader of a major research project and the editor of the book Russian Strategic Nuclear Forces (MIT Press, 2001), which is considered a definitive source of information on Russian strategic forces. In 2004 Podvig received a PhD in political science from the Moscow Institute of World Economy and International Relations. Since 2001 he has served as a member of the Board of Directors of the Bulletin of the Atomic Scientists. He has been a member of the APS Committee on International Freedom of Scientists since 2006 and has been appointed Chair of that committee for 2008.