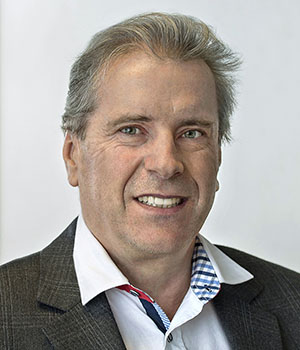 
"For the development of Brownian motors and pioneering contributions to nonequilibrium statistical physics, relativistic and quantum thermodynamics."


Peter Hänggi studied at the University of Basel; Switzerland (1970-1977), B.SC. 1972, M.S. 1974, Ph.D. 1977. For his Ph.D. he studied the time-evolution, symmetries, fluctuation theorems and response theory of stochastic process far from equilibrium. He spent years of post-doc studies at Univ. Illinois Urbana–Champaign in the exp. group of Prof. H. Frauenfelder, Univ. Stuttgart, Univ. California San Diego and was employed (1980-1986) Ass. Prof. and Assoc. Prof. at Polytechnic Inst. New York. Since June 1986, he is employed full professor at University of Augsburg. -- His research involves substantial contributions to the beneficial role of fluctuations and transport in statistical physics, primarily for his original Brownian motor concept, salient contributions to stochastic resonance, dissipative and time-dependent driven quantum tunneling, the characterization of relativistic Brownian motion & relativistic thermodynamics, and his recent contributions to the foundations of Quantum Thermodynamics in and far from equilibrium. Peter Hänggi is a recipient of a number of scientific awards. Most significant ones are the Lars Onsager Lecture and medal (2011), the Blaise Pascal medal (2018), the Smoluchowski medal from the Jagiellonian Univ. Krakòw (2006), the M. Smoluchowski-E.-Warburg prize by the German & Polish Phys. Soc. (2019). He also has been awarded with over 10 Drs. h.c. and is an elected member of the German National Academy Leopoldina, Academia Europaea, and European Academy of Sciences. (EURASC) and the Academiei Române.