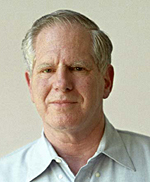 
"For his outstanding and sustained contributions during his years of service in academia and government to improved public understanding of both nuclear and strategic arms control issues."


Zimmerman is the Professor and Chair of Science & Security and the Director of the MacArthur Centre for Science & Security Studies at Kings College, London  a post he assumed in January, 2004. He previously served as the Chief Scientist or Democratic Chief Scientist of the Senate Foreign Relations Committee where his responsibilities included nuclear testing, nuclear arms control, cooperative threat reduction and bioterrorism. He organized the Foreign Relations Committees hearing on Dirty Bombs (radiological dispersion devices) in 2002. As a consultant to the National Defense University he has organized workshops on various issues in nuclear security.

Zimmerman was the Science Adviser for Arms Control in the U.S. State Department during the Clinton Administration. His responsibilities included the Comprehensive Test Ban Treaty, biological arms control, missile defense, and strategic arms control. Prior to the merger of the Arms Control and Disarmament Agency into the Department of State, Zimmerman served as the last Chief Scientist of ACDA. He has held positions as a senior associate of the Carnegie Endowment for International Peace and a Senior Fellow of the Center for Strategic and International Studies. He was Professor of Physics at Louisiana State University. He has chaired the Forum on Physics and Society and is now APS Councilor representing the Forum on Education. He was elected a Fellow of the American Physical Society in 1988. Zimmerman holds B.S. (1963) and Ph.D. (1969) degrees from Stanford University and a Filosofie Licentiat degree from Lunds Universitet in Lund, Sweden (1967), all in experimental nuclear and elementary particle physics.