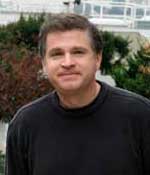 
Dr. Philip Snyder studied computational physics at Yale University, receiving his B.S. degree summa cum laude in 1993. He then completed an APS Summer Internship at Bell Labs, working with Greg Boebinger on numerical simulation of high field pulsed magnets. He earned his Ph.D. in Plasma Physics from Princeton University in 1999, supported by an NSF Fellowship. His dissertation research, advised by Greg Hammett, focused on theory and simulation of electromagnetic plasma turbulence and transport. He joined the General Atomics Theory and Computational Science Division in 1999, and became manager of the Turbulence and Transport group in 2010. His recent research has focused on the edge region of fusion plasmas, particularly the physics of the edge transport barrier (“pedestal”) and edge localized modes in tokamaks. In collaboration with Howard Wilson, he extended peeling-ballooning theory to incorporate non-local effects, developed an efficient numerical implementation in the ELITE code, and formulated a model to predict and optimize the pedestal pressure. Dr. Snyder has served as chair of the Sherwood Executive Committee and the Edge Coordinating Committee, and is currently Principal Investigator of the Edge Simulation Laboratory project. He is a fellow of the APS (2010) and a recipient of the Rosenbluth Award for Fusion Theory (2004).