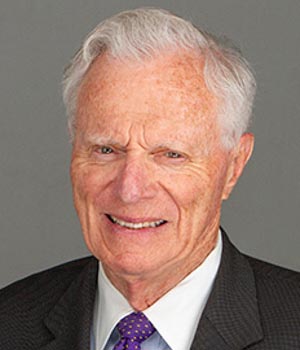 
Philip J. Wyatt is the Founder and Board Chairman of Wyatt Technology Corporation. He received his undergraduate education at the University of Chicago (B.A. 1952 and B.S 1954). University of Illinois (M.S. 1956) and the Florida State University (Ph.D.1959). In 1965, he was nominated by the National Academy of Science as one of fifteen candidates for the Country's first Scientist-Astronaut Selection Program. In 2003, he was named Graduate of Distinction by the College of Arts and Sciences of the Florida State University. He is the American Physical Society's 2009 recipient of the Prize for Industrial Applications of Physics. He is a Fellow of the American Association for the Advancement of Science, the Optical Society of America, and the American Physical Society. He was the Chair (2012-2013) of the American Physical Society's Forum on Industrial and Applied Physics, and the Chair (2018-2019) of its Group on Instrument and Measurement Science. The author of more than seventy publications with an h-index of 36, he has co-authored or contributed to eleven books. He has had over thirty domestic patents issued relating to laser light scattering and other technologies and over sixty derived foreign patents and new filings. He is a Registered Agent before the U.S. Patent and Trademark Office.