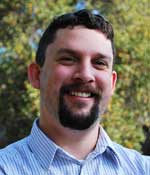 
"For pioneering work in developing a new type of germanium detector with the capability to measure very low energy nuclear recoils, with applications to the measurement of elastic scattering of reactor neutrinos, in searches for dark matter candidates, and for germanium based double-beta decay experiments."