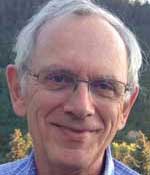 
"For pioneering foundational discoveries in supersymmetry and superstring theory, in particular the dual model of fermions and the theory of the Kalb-Ramond field."


Pierre Ramond obtained his Bachelor of Science in Electrical Engineering summa cum laude from Newark College of Engineering in 1965. In 1969 he was awarded a Ph. D. in Theoretical Physics from Syracuse University. During his first postdoctoral post at the National Accelerator Laboratory (now FermiLab), he generalized the Dirac equation to Dual Resonance Models (String Theory). This necessitated the introduction of bosonic and fermionic degrees of freedom, the building block for superstrings, and opened the way to a new type of symmetry which we call supersymmetry. A few years later, while at Yale, he and his student Michael Kalb generalized the vector potential to strings, the Kalb-Ramond field, a ubiquitous feature of superstrings.

His present research is in the area of flavor theory, trying to understand the mass and mixing parameters which stem from the triplication of chiral families of the Standard Model of particle physics. The emphasis is on discrete family symmetries, with an emphasis on mathematical beauty, and of course agreement with experiment.