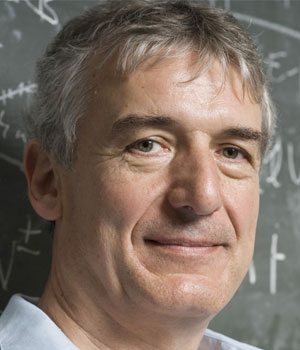 "For seminal work recognizing the potential visibility of the invisible axion, devising novel methods to detect it, and for theoretical investigations of its cosmological implications."


Pierre Sikivie was born in Sint-Truiden, Belgium, on October 29, 1949. He did his undergraduate studies at the University of Liege and obtained the degree of "Licencie en Sciences Physiques" in 1970. He did his graduate studies at Yale University and obtained a PhD in Physics in 1975. His PhD advisor was Professor Feza Gursey. Sikvie held postdoctoral appointments at the University of Maryland, the Stanford Linear Accelerator Laboratory and the European Center for Nuclear Research. During his postdoc years, he worked on a variety of topics in grand unfication theory, CP violation by the weak interactions, classical Yang-Mills theory and dynamical symmetry breaking. In 1981, he took a faculty position in the Physics Department at the University of Florida (UF) and he has remained there ever since. At UF he wrote a long series of papers studying the properties of hypothetical particles called "invisible" axions, their production in the early universe, various techniques to detect them as dark matter, their distribution in galactic halos, and the special properties that distinguish them from other dark matter candidates. He is perhaps best known for inventing the axion haloscope and the axion helioscope. Numerous worldwide experiments search for axions using techniques he proposed. He was elected a Fellow of the American Physical Society in 1994, obtained a Guggenheim Fellowship during the 1997-78 academic year, and acquired the title of Distinguished Professor in 2012.