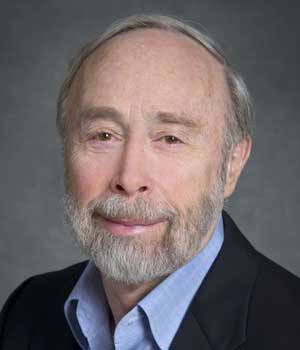 
"For a lifetime of innovations in outreach bringing the discoveries and searches of particle physicists and cosmologists to multitudes of students and lay-people around the world."


Michael Barnett, a Senior Physicist at Lawrence Berkeley National Laboratory, is a Fellow of the APS and of the American Association for the Advancement of Science. For 25 years, he was head of the 200-member international Particle Data Group. His research has been in theoretical physics on the Standard Model and its extensions, including studies of the nature of Quantum Chromodynamics, analyses of neutral current couplings, calculations of the production of heavy quarks, and studies of the properties of supersymmetric particles and Higgs bosons. In addition, he has many papers as a member of the ATLAS Experiment at the LHC. He has devoted substantial time to physics education and outreach for more than 30 years. He was a founder of two very successful national educational programs: the Contemporary Physics Education Project (founded 1987) and the QuarkNet educational program (1997). He created "The Particle Adventure" a Web multimedia feature (in many languages) at ParticleAdventure.org. For 16 years he was Coordinator of the very extensive education and outreach program of the ATLAS Experiment at the Large Hadron Collider. In recent years, he was Creator/Executive Producer of a planetarium show on Dark Matter, Phantom of the Universe. It has been shown in more than 570 planetariums in 70 countries and is in 22 languages. The show has sound from an Academy Award winning team at Skywalker Sound, and the English version features Academy Award winner Tilda Swinton as narrator.