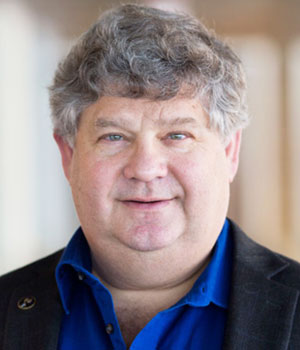 
Professor R Paul Drake is an international leader in the emerging field of high-energy-density physics, which studies the properties of matter and radiation under extremely high pressure and temperatures. In 2006, he published the first textbook in this field. Professor Drake is also a pioneer in high-energy-density laboratory astrophysics, which uses high-energy lasers or other devices to create and examine states or processes of astrophysical relevance. Since joining the University of Michigan in 1996, he has led experimental, computational, and theoretical research in these areas, contributing to his more than 280 referred publications. He has also served in administrative roles at Michigan and has served on many national committees. Prof. Drake was selected as a Fellow of the American Physical Society in 1989, based on his groundbreaking experiments on Simulated Raman Scattering. He has created exciting new courses, including one entitled “Rocket Science,” and has supervised more than 100 undergraduate researchers and 28 current or graduated Ph.D. students. In 2017 he was awarded the Edward Teller Medal by the American Nuclear Society. Professor Drake's degrees include a B.A. in Philosophy and Physics from Vanderbilt University in 1975 and a Ph.D. in Physics from The Johns Hopkins University in 1979. He is a member of the American Physical Society, the American Astronomical Society, and the American Nuclear Society. Additional awards include the Ted Kennedy Faculty Team Excellence Award in 2014 and the H. Scott Fogler Award for Professional Leadership and Service in 2020.