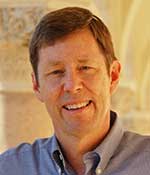 
"For pioneering investigations of quantum degenerate gases and how they are affected by atomic interactions."


Randall G. Hulet earned a B.S. degree from Stanford University in 1978, and a Ph.D. in physics at Massachusetts Institute of Technology (MIT) in 1984. He was a National Research Council Fellow at NIST, Boulder, where he worked on laser cooling of trapped atomic ions. He joined the faculty of Rice University in 1987 where he currently holds the Fayez Sarofim Chair in Natural Sciences. Hulet's work is now focused on many-body physics with ultracold atoms, including studies of Bose-Einstein condensation, matter-wave solitons, the BEC-BCS crossover and pairing in imbalanced Fermi gases, and quantum magnetism. His awards include the I.I. Rabi Prize of the American Physical Society, the National Science Foundation Presidential Young Investigators Award, a NASA Medal for Exceptional Scientific Achievement, and the Willis E. Lamb Medal for Laser Science and Quantum Optics. He also received an honorary doctorate from Utrecht University. He is a Fellow of the American Physical Society and the American Association for the Advancement of Science, and a member of the American Academy of Arts and Sciences. Randall Hulet and his colleagues contributed to the early development of the physics of ultracold atoms, particularly with the isotopes of lithium.