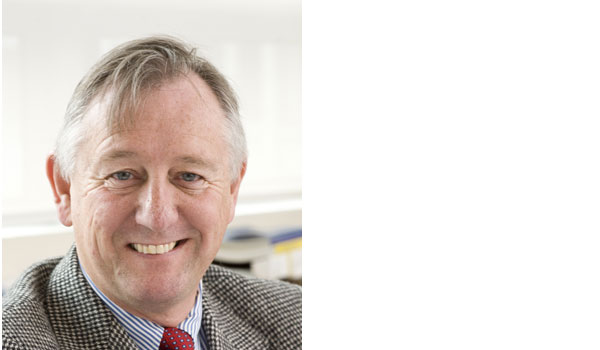 
"For pioneering work developing and using polarized internal targets in storage rings and for leadership in the study of the structure of the nucleon in a wide range of electronuclear experiments."

Richard G. Milner was born and raised in Mayfield, Cork Ireland. Richard G. Milner holds a B.Sc. (Hons.) in Experimental Physics and an M.Sc. in Theoretical Physics from University College Cork, Ireland, and a Ph.D. in physics from Caltech. After graduation, he continued as a postdoctoral researcher at Caltech before taking up a faculty position at MIT in 1988. At MIT, he has served as director of the Bates Linear Accelerator Center from 1998 to 2006 and director of MIT’s Laboratory for Nuclear Science from 2006 to 2015. His research focuses on understanding nucleon and nuclear structure using the lepton probe, frequently using spin observables. He has proposed and led experiments at SLAC, IUCF, MIT, DESY, and Jefferson Lab. His current research is focused on the CLAS12 experiment at Jefferson Lab and development of a polarized He-3 ion source for RHIC at BNL. He has been an advocate for a U.S.-based Electron-Ion Collider for two decades. He has served on numerous international advisory committees, was chair of the Division of Nuclear Physics of the APS in 2007, and served as chair of the International Spin Physics Committee from 2014 to 2017. Richard is a fellow of the American Physical Society, recipient of an award from the Alexander von Humboldt Foundation, Germany and was conferred with a degree of D.Sc. (honoris causa) by the National University of Ireland in 2010.