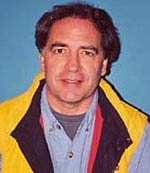 
"For his pioneering and creative work in applying advanced techniques in experimental physics to significant problems in biological physics, and for his skill in communicating the excitement of his research to a wide range of audiences."


Robert Austin is Professor of Physics at Princeton University. He was born in St. Charles, Illinois, and received his BA in 1968 from Hope College in Holland Michigan. He received his M.S. and Ph.D. in physics from the University if Illinois at Urbana-Champaign in 1970 and 1975 respectively. He was a postdoc at the University of Illinois and then at Max Planck Institute for Biophysical Chemistry in Goettingen, Germany, and joined the faculty at Princeton in 1979. He was promoted to Associate Professor Physics in 1984 and to Professor in 1989. He is a Fellow of the American Physical Society and the American Association for the Advancement of Science. He was elected to the national Academy of Sciences in 1999. In 2002 he was Chair of the Division of Biological Physics of the American Physical Society. In 2003 he was Chair-Elect of the U. S. Liaison Committee for the international Union of Pure and Applied Physics. Professor Austins research spans a number of different topics in biological physics including, fractionation of DNA in microlithographic arrays, the study of energy flow in biomolecules and the study of ultra-rapid diffusion mixing, to name three.