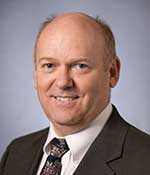 
"For leadership in research and dissemination of SCALE-UP teaching tools, providing an effective approach to learning physics with attention to conceptual understanding and participation of all students; and for editorial leadership in the establishment of PRST-PER, allowing broad dissemination of research-based educational practices."


Robert J. Beichner received B.S. degrees in physics and mathematics from Pennsylvania State University in 1977, his M.S. in physics from University of Illinois at Urbana-Champaign in 1979, and his Ph.D in science education from State University of New York at Buffalo in 1989. He joined the faculty at North Carolina State University in 1992 and now directs the Physics Education R&D group.In 1995 he originated SCALE-UP (Student Centered Active Learning Environment with Upside-down Pedagogies), now in use at more than 250 institutions. He invented the popular Video-Based Lab pedagogy and his team developed a widely-used series of conceptual assessments. He was the founding editor of Physical Review Special Topics-Physics Education Research. Beichner has received the Ohaus Award for Innovation, the 2010 UNC Board of Governors Award, was named the 2009 North Carolina Professor of the Year by the Carnegie Foundation for the Advancement of Teaching and the 2010 National Undergraduate Science Teacher of the Year by the Society of College Science Teachers and the National Science Teachers Association. In 2011 he was awarded the McGraw Prize. He is a member of NC State's Academy of Outstanding Teachers and is a fellow of AAPT, AAAS, and APS.