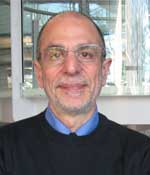 
Robert Cava a Professor in Chemistry and Materials at Princeton University. He began at Princeton in 1997 after working at Bell Laboratories for 17 years, where he was a Distinguished Member of Technical Staff. He received his undergraduate degree in Materials Science in 1974 and his Ph.D. in Ceramics in 1978, both from MIT, after which he was a National Research Council Postdoctoral Fellow at the National Institute of Standards and Technology. He is a Fellow of the American Physical Society and the American Ceramic Society, and is a member of the National Academy of Sciences. He has been recipient of the New Materials and Inorganic Chemistry prizes of the American Chemical Society, and the President’s Award for Distinguished Teaching and the Phi Beta Kappa Teaching Award at Princeton. His research is in the discovery and structural and chemical characterization of new materials with interesting physical properties, with a particular emphasis on superconductors, geometrically frustrated magnets, 4d and 5d metal oxides, and, recently, topological insulators.