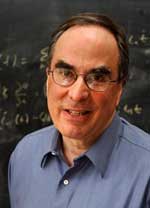 
Robert W. Field majored in chemistry at Amherst College (AB thesis with Cooper H. Langford, 1965). He became a physical chemist in the research group of William Klemperer at Harvard University, where he discovered his affinity for multiple resonance spectroscopies and spectroscopic perturbations (PhD 1972). As a postdoc with Herbert P. Broida and David O. Harris at UCSB (1971-1974) he performed the first microwave-optical and optical-optical double resonance studies of diatomic molecules using tunable lasers and showed how to extract global insights into the electronic structure of the alkaline earth monoxides from the systematic study of spectroscopic perturbations. At MIT (Assistant Professor 1974, Associate Professor 1978, Professor 1982, Haslam and Dewey Professor 1999) his students and postdocs have continued to develop new laser spectroscopic techniques (most notably Stimulated Emission Pumping) with a goal of uncovering and exploiting unconventional patterns that encode the mechanisms of far-from-equilibrium molecular dynamics, particularly Intramolecular Vibrational Redistribution, Doorway-Mediated Intersystem Crossing, and energy exchange between a Rydberg electron and a molecular ion-core. He is a Fellow of the American Physical Society, the Optical Society of America, the American Academy of Arts and Sciences, and the American Association for the Advancement of Science. He has received the Broida (1980) and Plyler (1988) Prizes of the APS, the Lippincott (1990) and Meggers (1996) Awards of the OSA, and the Bomem-Michelson Award of the Coblentz Society. His favorite molecules have been CO, CaF, and, acetylene. His book (coauthored with Helene Lefebvre-Brion, 2004), The Spectra and Dynamics of Diatomic Molecules, is the users guide for both theorists and experimentalists.