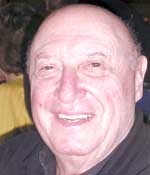 He was later Director for Nuclear Test Detection, and then Deputy Director of the Advanced Research Projects Agency (ARPA: Department of Defense), Assistant Secretary of the Navy for R&D, Assistant Executive Director of the United Nations Environment Programme (UNEP), Associate Director for Applied Oceanography at the Woods Hole Oceanographic Institution (WHOI), Administrator of NASA, and President of the American Association of Engineering Societies.

In 1982 he became Vice President of the General Motors Corporation in charge of Research Laboratories, retiring in 1993.