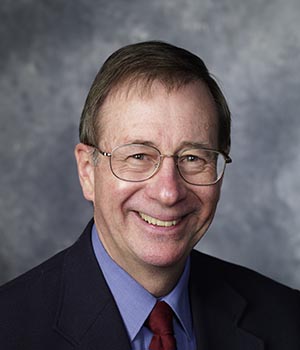 
"For developing an active, inclusive, and supportive community of physics educators dedicated to integrating computation into their instruction; creating, reviewing, and disseminating instructional materials; and generating knowledge of computation in physics curricula and of effective practices."


Robert C. Hilborn received a B.A. in physics from Lehigh University in 1966 and earned his physics Ph.D. in 1971 at Harvard under Norman F. Ramsey. After a post-doctoral position at SUNY Stony Brook, he served as a physics faculty member at Oberlin College, Amherst College, and the University of Texas at Dallas. In 2011 he became the Associate Executive Officer of the AAPT. After serving as President of AAPT in the mid-90s, he chaired the National Task Force on Undergraduate Physics, which led to the SPIN-UP report, fostering a tripling of the number of undergraduate physics degrees awarded in the U.S. He is also the PI for the Physics and Astronomy New Faculty Workshop series. Currently, he serves on the project teams for the APS-AAPT PhysTEC program to increase the number of highly qualified high school physics teachers, the joint APS-AAPT Effective Practices for Undergraduate Physics Programs (EP3) project, and TEAM-UP Together, working to double the number of African American students receiving undergraduate degrees in physics and astronomy. His research has focused on atomic and molecular physics tests of fundamental symmetries, nonlinear dynamics and chaos, computational modeling of gene regulatory networks, and gravitational wave polarization. He is a fellow of the AAAS, the APS, and the AAPT and the author of Chaos and Nonlinear Dynamics 2nd Ed. (Oxford, 2000) and, with co-author Alice Flarend, Quantum Computing: From Alice to Bob (Oxford, 2022).