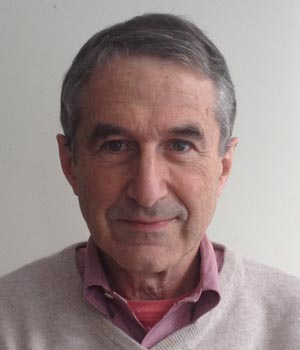 
"For bringing a physics perspective into policy discussions in academia and government over the last half-century, from the development of the Stanford Workshops on Social and Political Issues to influential work on policy and education regarding critical elements, energy, and climate."


Robert L. Jaffe is the Jane and Otto Morningstar Professor of Physics (Post Tenure) at the Massachusetts Institute of Technology. Jaffe received his AB degree in 1968 from Princeton University where he was valedictorian and his PhD in physics from Stanford University in 1972. A theoretical physicist, Jaffe’s research focuses on the physics of elementary particles and quantum field theory, especially the dynamics of quark confinement and hadron structure, the Standard Model, and the quantum structure of the vacuum. At Stanford Jaffe cofounded the Stanford Workshops on Political and Social Issues (SWOPSI). At MIT, Jaffe served as Chair of the Faculty and Director of the Center for Theoretical Physics and has received many awards for teaching and course development. Beginning in 2005 Jaffe helped found the School of Science and Engineering at the Lahore (Pakistan) University of Management and Science (LUMS) and led its International Advisory Board from the School's inception through 2015. From 2008 through 2016 Jaffe was a member of the APS Panel on Public Affairs (POPA), which he chaired in 2015. In 2011 Jaffe led a joint POPA/MRS study on Energy Critical Elements: Securing Materials for Emerging Technologies. Starting in 2005, together with Professor Washington Taylor, Jaffe developed and taught a new course at MIT on the Physics of Energy. Jaffe and Taylor’s textbook, The Physics of Energy, an outgrowth of the course, was published in 2018 and won the 2019 PROSE award from The Association of American Publishers as the best textbook in mathematics and the physical sciences of that year. Jaffe is a Fellow of the American Academy of Arts and Sciences, the American Association for the Advancement of Science, and the American Physical Society.