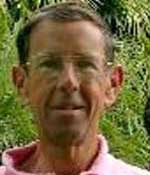 Dr. La Haye is currently the co-leader of the DIII-D topical area on Stability and Disruption Avoidance. His interests are on the experimental behavior of nonlinear resistive magnetohydrodynamic instabilities, particularly neoclassical tearing modes that limit beta in ITER-like plasmas. Dr. La Haye has taken many assignments abroad. He participated in experiments on lower-hybrid wave heating in the FT-1 tokamak at the Ioffe Institute, Leningrad (1976), in electron-cyclotron heating in the JFT-2 tokamak at the Japanese Atomic Energy Research Institute (JAERI), Tokai (1981), and in electron-cyclotron heating in the T-10 tokamak at the Kurchatov Institute, Moscow (1986). He has also taken part in thin-shell reversed field pinch stability experiments on the HBTX1C device (Culham), in error-field experiments on both the COMPASS-C (Culham) and JET tokamaks, and in long-pulse beta limit experiments (dominated by neoclassical tearing modes) on JET, all on numerous visits between 1988 and 2006. He is currently the principal investigator for the General Atomics grant in support of research on NSTX at PPPL.

Dr. La Haye was elected a Fellow of the American Physical Society in 2003. (Citation: For fundamental contributions to the understanding and control of nonlinear resistive magnetohydrodynamic stability in high-beta tokamak plasmas, and for leadership in comparison of theory to experimental data.)